Surprisingly, cinnamon is a lot more than just a spice you bake or cook with.  Although when you do, the aroma is quite warm and comforting, isn’t it?   It is considered a “warm” spice that can literally warm you up when you ingest it.  Not only do I love the aroma, I love the numerous health benefits it brings.  Cinnamon is considered an ancient superfood, has been prized for it’s medicinal properties and is one of the oldest known spices.  It has been used for thousands of years according to Ayurveda medicine (one of the world’s oldest holistic (“whole-body”) healing systems).  In Ayurveda medicine, it is considered a “fire” element due to its warming properties and may be used to stimulate and/or balance where appropriate.

The type you use does make a difference!  After some research, Saigon cinnamon which I use has high levels of coumarin.  Coumarin is actually toxic to your liver when consumed in high amounts.  Yikes!  Ceylon cinnamon has low levels of coumarin and is the one to use!  Ceylon is the best/true source of cinnamon.  Mexico is the biggest importer of Ceylon cinnamon but is native to Sri Lanka (90%), India, Madagascar, Brazil and the Caribbean.  Saigon cinnamon comes from Vietnam and is a bit more spicy than Ceylon which is mild and sweet.  The most common here in U.S is Cassia cinnamon which also has high levels of coumarin.  If you are using cinnamon to boost your health or even using it in baking be sure to check which type you are using.  I know I’m now switching over to Ceylon cinnamon pronto!

Cinnamon is made by cutting the stems of the cinnamomum tree. The inner bark is then extracted and the woody parts removed from it. When it dries, it forms strips that curl into rolls, called cinnamon sticks. The sticks can be ground to form cinnamon powder.

The distinct smell and flavor of cinnamon is due to the oily part, which is very high in a compound called cinnamaldehyde (2).  Cinnamonaldehyde, an essential oil within the bark, is what gives cinnamon its unique aroma and flavor.  Cinnamaldehyde is also an effective insecticide.

It’s commonly used for matters of the immune system, and to help the body fight off bacteria or viruses that is constantly in our environment.  Naturally has antibacterial, antifungal and antimicrobial properties!   The oil can also be useful for cleaning, air quality, and mood support believe it or not.   Studies show that it supports blood sugar balance along with proper diet.  You can use cinnamon as a powder, cinnamon sticks or an essential oil.  One or two drops is more than enough as it’s very potent.

Cinnamon is loaded with powerful antioxidants, such as polyphenols.  Polyphenols are phytochemicals, meaning compounds found abundantly in natural plant food sources that have antioxidant properties.  Polyphenols play an important role in maintaining your health and wellness.

It is this compound that is responsible for most of cinnamon’s powerful effects on health and wellness.

How to use doTERRA Cinnamon Bark Essential Oil:

While cinnamon can support your health, too much is not good. Ingesting high levels of coumarin (a natural chemical) found in Cassia & Saigon cinnamon can cause toxicity to your liver. Ingesting high amounts of dry cinnamon powder is dangerous! Not too long ago, teenagers were trying to do the “cinnamon challenge” from ingesting dry cinnamon powder. It caused numerous hospitalizations across the country as well as some deaths due to lung complications!

If you are taking statin drugs which also has side affects of liver damage, you should be careful, as well as anyone taking blood thinners.  Always check with your doctor for any medications you are currently taking that may have complications with any supplements, herbs or anything else you might be taking. According to drugs.com, adverse reactions to cinnamon have not been reported in doses up to 6 grams daily.

Cinnamon is delicious and one of the healthiest spices on the planet!   It has impressive health benefits ~ just be sure to get Ceylon cinnamon and/or use a pure essential oil such as doTERRA Cinnamon Bark essential oil.  doTERRA essential oils are pure and are natively sourced which is extremely important.  Plus there are no synthetic additives.

As always, quality counts in food and supplements!

*These statements have not been evaluated by the Food and Drug Administration. This product is not intended to diagnose, treat, cure, or prevent any disease.

Sources for this article:

Natural Ways to Boost your Health During Corona 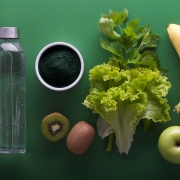 Is your Microbiome Balanced? 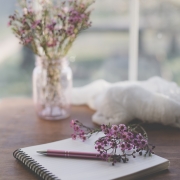 Create Space for a Morning Routine 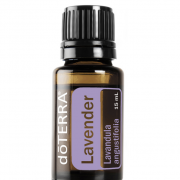 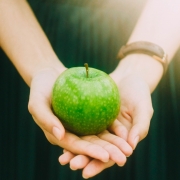 12 Ways to Improve your Health 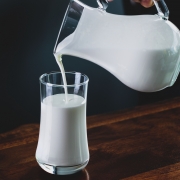 Dairy - Is it good for you or not? 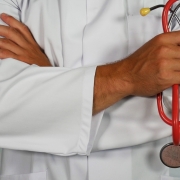 The Most Undiagnosed Condition - Thyroid Disease

The Most Undiagnosed Condition – Thyroid Disease